Which is greater to be around, cat or dog owners? The answer has been a battle ever since these animals became domesticated centuries ago. Both do have their good and bad points; it is the number of bad points that is emphasized by the many cat owners in the world. 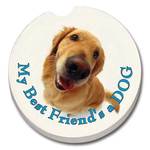 Cats are not considered property by those they live with or who feeds them. On the other hand dogs have always been considered property and are traded and used as such. This is a very large distinction between these totally separate and different types of people. It is the way each mind set works and views those in their lives.

Cat people do not look at members of their family as possessions that can be traded off or used to benefit others. Cats are free spirits with a mind of their own and they are respected as such. They are generally allowed to roam free and never have to be called when it is dinner time. They also clean up after themselves. This is in both cleaning and burying their waste along with keeping their fur clean. Because of this cats are considered to be very clean animals.

As for dogs, it is a totally different story. Owners of dogs now have to obey laws that were necessary to be legislated because dogs defecate in public when and where they want to. The new laws now require the dog owners to pick up this waste and dispose of it appropriately. This had to be done since dogs and their owners did not do it by themselves, they had to be forced to do this. As for the smell a dog has, especially when they are wet is an unmistakable bad odor that not even dogs like but they still do not clean themselves. Dogs wait to be bathed by their masters; yes owners of dogs are called masters. No one has ever used that term with a person that lives with a cat. 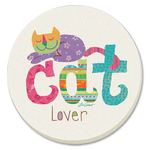 Cat people and dog owners are very distinct and different types of people. It mainly is based on their perception of the world they live in and how they view those in their lives. Dog owners like to control things and people in their lives while cat people are more laid back and pleasant to be around. The world is becoming a better place as evident from the increase in homes that have cats living in them around the globe.