How many cat owners are there in the world is an easy figure to determine. Since cats live with humans and are not owned by them the simple answer is zero. It is estimated that in 2007 there were over 500 million cats living with humans around the world.

Back in 1985, the number of cats in US homes exceeded the number of dogs. In 2012 there were approximately 95.6 million cats living with humans in America. For that same year the European Union reported to have 66.5 million cats living with humans in their homes. In Europe just like America, cats are the largest type of pet owned by households. Russia is the country in Europe with the largest number of cats that has reached 18 million in 2012 followed by France with 11.4 million and the UK with 8.5 million. 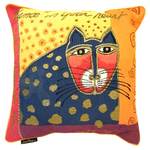 One of the facts that does not show up on the statistics is that cats are not only pets but also are living with humans and performing a service. These are the farm cats. One of the biggest problems facing the American farmer is the infestation of field mice from areas around the barns. In the barns are food items to feed the live stock that are being raised on the farm. To help keep the damage done by the field mice to a minimum, cats are deployed. Unlike the pampered house cats, the farm cats are not feed for the most part. To survive they must rely on their instincts which include hunting down and killing mice so they can eat and survive. Most farms have from 20 to 50 cats but again these are not in the statistic mentioned above.

Another statistic that is not included above is the number of large cats that are kept as pets. It was estimated that there are more than 15,000 big cats living as pets legally in America. Estimates from some big cat experts have suggested there are more tigers in this population living as pets than remain in the wild in Asia. Yes cats are lovable animals but when they weigh in at over 400 pounds, they are also a danger.

Both men and women nearly equally are the owners of cats in a home. Of those only about 10% of the cats are purebreds. The rest are a mixture of any number of breeds that still make wonderful and mysterious pets.